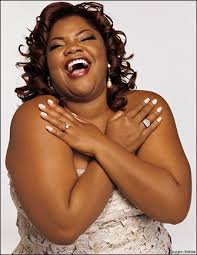 LOS ANGELES, CALIF. – Not only is Mo’Nique riding high on winning the Washington, DC, Boston, Los Angeles and New York Film Critics’ Awards, a SAG Award and a Golden Globe Award, having a top-rated late night talk show on BET and now an Academy Award, the highest honor an actor can achieve, but she is also readying herself to embark upon a highly anticipated comedy tour—Spread the Love Tour 2010. Joining Mo’Nique on this year’s Spread The Love Tour will be her BET late night talk show counterpart comedian and actor Rodney Perry, comedian Tone- X, who will serve as the resident Man on the Street for the tour, and DJ Ant.

“On this tour people can expect the kind of laughter that makes the bottom of their stomach hurt,” said Mo’Nique. “And the type of love you’ll never forget.”

As it makes its trek across the country, Mo’Nique’s Spread the Love Tour will hit 20 cities during its run. The tour will kick off in New Orleans, LA at the Kiefer UNO Lakefront Arena on Friday, March 19th and will conclude in Connecticut in May.  The show comes to Los Angeles on Friday, April 2nd at 8 PM at Nokia Theatre L.A. LIVE located at 777 Chick Hearn Court, Los Angeles, CA 90015. Tickets range from $39.50-$69.50. Tickets are available online at ticketmaster.com, via Ticketmaster charge-by-phone lines at (800)745-3000. Tickets are also available at STAPLES Center box office.

The term triple threat would be diminishing from the powerful range, the all consuming presence and the undeniable talent and reach of Baltimore native Mo’Nique. Whether she’s spreading the love and empowering women across the country through her outreach or making millions laugh with her unapologetically, raw in your face comedic antics , Mo’Nique continues to touch the masses with her keepin’ it real, no holds barred persona and attitude.  Her bold, brassy stand-up routines, in your face humor and straight from the street stories will leave you wanting more. What Mo’Nique will be bringing to each city on the Spread the Love Tour will be no different–real, raw, rowdy and riotous.

Mo’Nique’s hard work and dedication landed her own TV sitcom, “The Parkers,” which ran for five seasons. She would also go on to host a number of reality shows, including a beauty pageant for full-figured women on Oxygen called “F.A.T. Chance (“Fabulous and Thick”)”. It was evident that her success wouldn’t stop at comedy and TV, it would also be felt on the big screen too. From movies like “The Queens of Comedy” and “Baby Boy,” to “Two Can Play That Game,” and “Welcome Home Roscoe Jenkins,”Mo’Nique was signaling to the world that she was here to stay. Most recently she took the world by storm in her portrayal of the severely dysfunctional mom Mary Jones in the award-winning, much talked about film, “Precious: Based on the Novel ‘Push’ by Sapphire”, which just earned her an Academy Award for Best Supporting Actress, making her only the fourth African-American female behind Hattie McDaniel, Whoopi Goldberg and Jennifer Hudson to win the prestigious award.

Moving from comedy to drama and back again Mo’Nique can and does do it with the greatest of ease and elegance. From tickling your funny bone to taking you to the edge of your seat, the power contained within her performances every time she hits the stage, any stage, is undeniable.

Instagram! Staples Center Ranks As #6 Instagrammed Place On The Planet

Make Your Own Coachella, With These Upcoming Los Angeles Concerts