Conan O’Brien On Tour: Comic To Hit The Road With Live Show 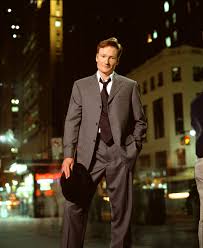 Multiple sources are confirming that Conan O’Brien will be hitting the road and taking his live show across the US in mid-April.

The tour is rumored to start in either San Diego, Seattle or Phoenix.  No clear word yet on whether Andy Richter or Max Weinberg and his band will join Conan.

Other confirmed show stops are LA and NYC.  Can you imagine Conan performing in the same city where Leno is taping his show?

More official news is going to be announced on Conan’s Twitter Page, so be sure to follow him there and check back here for more info!