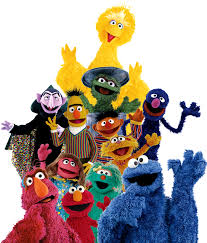 Just weeks after announcing that she would be the voice of Smurfette in “Smurfs, The Movie,” Perry was on the set of Sesame Street, shooting an upcoming episode of the children’s staple.  Other stars who have been on Sesame Street include Carrie Underwood, Alicia Keys and Beyonce.

Perry filmed the episode last Thursday (March 18) and tweeted these photos of the experience.

Here’s her Tweet: “The best thing bout filming @sesamestreet 2day was the Oscar the Grouch snuggie!! I’ll b VERY GROUCHY in this!”