The Black Crowes “STUCK INSIDE UTOPIA” TOUR 2009 rolled through LA on a Thanksgiving weekend, bringing a spirited full-house of Holiday revilers to Club Nokia.  We have covered quite a few shows at the popular downtown LA LIVE venue and this is the most packed we have seen it.  The Crowes have a reputation as being a great live act, infusing their brand of gutsy blues rock and deep passionate performance into their shows.  This Saturday night jam session lived up to expectations and the unity and celebratory vibe of the crowd proved it.

Some would remember the Black Crowes as the hot new band of the years 1990 and 1991.  The Crowes released their first studio album, “Shake Your Money Maker” and became radio favorites on the strength of singles “Hard to Handle”, “She Talks to Angels”, “Jealous Again” and “Twice as Hard.”  For this writer, those songs were heard echoing down the halls of a college dormitory and on many a mixed tape, made for the cute co-ed.

Chris Robinson can hardly be named without the mention of his seven year marriage to actress, Kate Hudson, (the couple have a son, Ryder, together and are still close) which ended in 2007.  But, The Black Crowes have been at odds with commercial trends and have chosen to do things in their unique way.   Their heady mix of ’70s infected rock, heartfelt bluesy jams and funky soul music have attracted a great following without having to bow to the trend of playing “greatest hits” shows.  A deeper look into the band reveals their practice of performing a different setlist and show every night.  Discussion from those who follow the Crowes closely is more likely to center around, “What was the setlist?” than talking about which hit single they sang along to.  This explains what was felt at the 110 minute Los Angeles show.

There is a certain level of performer that creates an atmosphere in a space where you not only connect with the artist, but your fellow fans in the crowd.  The Black Crowes show was full of pats on the back, hugs and smiles- not discovered at many performances.  That euphoric vibe is reminiscent of a Greatful Dead or Phish show and that kind of unity in a fan base cannot be overlooked.  Credit must be directed to the Robinson brothers, Chris and Rich, which have been the backbone of the Crowes for almost 20 years and have sold over 20 million albums.

Despite the high turnover in the band and the brothers reputation of frequently being at odds with each other, there is no doubt that they were destined to perform, side by side.  There’s a sublime joy in watching them perform together.  The understated yet powerful demeanor of the guitar wielding Rick is a stark contrast to the magnetic and even flamboyant non-stop movement of Chris.  The tensions in the band, which even led to a brief hiatus, have apparently formed a bond which has made them a much stronger force.

The twin guitar attack of Rich Robinson and Luther Dickinson complemented each other throughout the night and brought a fresh and full sound to the sultry rock.  Frontman Chris Robinson, was, in a word, mesmerizing.  It’s an experience to photograph the prolific singer and follow his sometimes spastic and sometimes free flowing movements.  An epic performer who drifts around the stage like he’s riding waves of emotion, Robinson’s voice is also an infectious standout that floats over the foundation of the blues.  The crowd was drawn in, wondering what Robinson would do next and his occasional smile was met with grins and shouts from his fellow participants in the music.

The LA newcomers in the crowd were rewarded with the widely known rocker, “Jealous Again,” the kind of jam that would lift anyone’s spirits and obviously had everyone singing along.  The band ended the show with a rollicking crescendo, playing Traffic’s Feelin’ Alright, which blew up the energy in the room as Rich Robinson and Dickenson went back and forth on extended guitar solos.  One of many high notes that closed the show on a holiday high.

This August, The Black Crowes released their eighth studio album, “Before the Frost….”  A CD purchase of the 11-song album is accompanied with a download code to receive the album’s companion release, “…Until the Freeze” (9 tracks with a more acoustic country feel)  as a “thank you” to their fans for two decades of continued support.  There is also a vinyl version which is a double album that includes all of the songs but in a different running order. These albums resulted from five days of recording at Levon Helm’s Woodstock Studios, in front of a live, intimate audience.

The Black Crowes will begin a five night run of shows at the legendary Fillmore in San Francisco on December 6, 2009 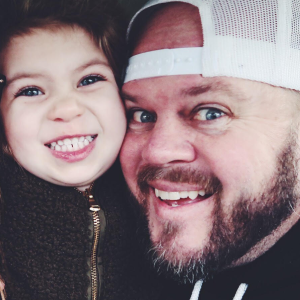 Will The Vandy Boys Help Save Baseball in 2022?