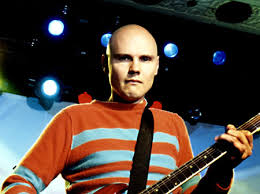 THE SMASHING PUMPKINS will roll out the third song, “A Stitch In Time,” from their in-progress 44-song projectTEARGARDEN BY KALEIDYSCOPE, Tuesday, March 2 via the online audio platform SoundCloud (http://soundcloud.com/smashingpumpkins).

Melding acoustic guitars with cascading electronics and sitar work, “A Stitch In Time” will also be available for free download atwww.smashingpumpkins.com and the site also offers a widget enabling fans to host the song anywhere on the web.

PUMPKINS leader BILLY CORGAN is releasing the 44 songs of TEARGARDEN BY KALEIDYSCOPE one at a time, completely for free.  “A Stitch In Time” will be included—along with the recently released tracks “A Song For A Son” and “Widow Make My Mind” plus one more song TBA—on a forthcoming four-song EP as a limited edition collectible.

As CORGAN has said, “We will sell highly limited edition EPs (of 4 songs each times 11), and details of how those EPs will be made available are still being worked out. Because the songs themselves will be free, the EPs will be more like collector’s items for the discerning fan who will want the art itself, along with the highest possible audio quality available. The EPs will be more like mini-box sets rather than your normal CD single. We may also offer other variations for sale–say for example, a digital single with a demo version of a song.” Upon the album’s completion, explained CORGAN, “it will be compiled into a deluxe box set which will also be made available for sale. Those who have bought the EPs need not worry, as the box set will not be a recompilation of the limited edition pieces. “

Both “A Song For A Son” and “Widow Make My Mind” have received critical praise. In a review of “Widow Make My Mind,”Spin.com noted that the track is “a well-crafted pop-rock song with spare piano interludes, never-overbearing drums (Jimmy Chamberlin’s 19-year-old replacement is working out nicely), and a big, song-capping vocal with polished guitar solos. So far, Mr. Corgan has a record of 2-0. Let’s hope he keeps the winning streak up–42 more songs to go!” (1/19/2010).

CORGAN: “I have a hard time saying in most cases what inspires a song–some of them just pour out of me like salt and I feel like a custodian of a spirit I don’t fully understand but certainly can feel. The closest answer I have is that it’s a protest song–what I am protesting I’m not sure but it has something to do with real inner freedom and the consequence of what it means to be free.

“I am only now just starting to understand how liberating it is to put the music out this way, one song at a time. It has changed the dynamics in the studio, as the main point now is just to try to create the best snapshot of a particular song and not get too caught up in how it relates to the others. It puts a positive charge into recording knowing the song will be coming out in the near future, and that success or failure will not be measured on a quick opinion. This process at least asks for 44 answers and in that way gives the music room and time to breathe.”

You are continuing to offer your music for free—no strings attached, as you have said.  What is it about this paradigm that excites and compels you?

“I think the word free contains many meanings, and really at the end of the day nothing is for free. This album and the way I’ve chosen to release it has put the responsibility of making the best music possible squarely on my shoulders, and in doing so asks me to consider on a regular basis what really matters to me. I’m just now recording what will be the 7th and 8th release, and I’m starting to see an evolution in my thinking that has me wanting to make truly exciting music that feels very alive and electric and timely. I haven’t felt that way for a very long time, and it feels good to take what I now see are the right kinds of chances. There is a slow unfolding that goes on from the first song (‘A Song For A Son’) through to the eight, and only now peering over the edge into those other 36 songs can I see where I am really going.”

Stay tuned for news about the Pumpkins plans for a world tour slated for 2010.